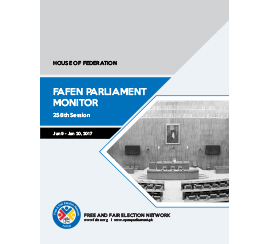 ISLAMABAD, January 20, 2017: The human rights issues echoed in the Senate during 258th session as the lawmakers discussed kidnapping of the bloggers, alleged torture of a 10-year-old child-maid while the House passed a bill to ensure right of vote to women.

The House also witnessed introduction of the Transgender Persons (Protection of Rights) Bill, 2016 to protect the rights of marginalized community. The lawmakers also touched upon the fire incident at Gudnai ship-breaking yard and were informed about the site visit of Human Rights Committee.

The House was further informed about the steps being taken by the government to provide legal aid to those women prisoners who can’t afford to hire a lawyer. In reply to a Starred Question, the House was told that the Law and Justice Commission of Pakistan had constituted District Legal Empowerment Committees (DLECs) in all districts of the country to provide free legal aid to deserving litigants.

Federal and State Ministers for Interior and Narcotics Control gave policy statements on the disappearance of rights activists. The Chairman also expressed his concern over the statements of the Foreign Offices of the United Kingdom and the United States over the issue of bloggers’ kidnapping. Raza Rabbani said both these governments do not have any right to interfere in the internal matters of a sovereign country, as they never took notice of the gross violations of human rights, missing persons and extra-judicial killings in Palestine and Indian held Kashmir.

The House discussed the reported appointment of former Army Chief as the Chief of Islamic Military Alliance and its overall impact on the foreign policy. The Chair asked the Ministries of Foreign Affairs and Defense to brief the House on the subject, which they did.

In addition, the Senate took up heavy agenda during the course of 10 sittings held between January 9, 2017 and January 20, 2017. The House passed six bills, adopted seven resolutions, and witnessed introduction of eight legislative proposals, which were referred to the relevant committees.

With an average of 16 (15% of the total membership – 104) lawmakers present at the start and 20 (19%) at the end of each sitting, the session transacted most of the agenda, appearing on the Orders of the Day. A maximum of 65 members, on average, attended the session along with the presence of two minority lawmakers.

Each sitting, on average, started two minutes behind the schedule and continued for three hours and nine minutes. The Prime Minister did not attend any of the sittings. An effective system of governance is the one where elected Head of the Government is engaged in the parliamentary interventions on a regular basis. Sub-rule (2A) of Rule 61 of the Rules of Procedure and Conduct of Business in the Senate states that the Chief Executive shall attend the Prime Minister’s Zero Hour (last hour of the sitting) at least once a week when the Senate is in session.

The House adopted seven resolutions during the reporting period. These were related to effective steps being taken to alleviate poverty; verification of domicile certificates of the persons belonging to Balochistan and working in various Ministries/ Divisions and Federal Government Department; legislation to provide for preferential treatment to women engaged in business and trade related activities; condemnation of the statement of Indian Prime Minister against Pakistan; urging the government to start evening and night shifts at dispensaries in the rural areas of Islamabad;providing interest free loans to farmers for installation of solar tube wells in the country and disapproving NAB Ordinance.

Three resolutions regarding steps to control price hike and measures; stop incidents of forced conversion of Hindus to Islam and action against the persons involved in manufacturing and sale of substandard LPG cylinders were dropped due to the absence of movers.

The House deferred a resolution regarding condemnation of violence against Muslims of Syria and Burma on the request of mover.

The House debated an Adjournment Motion (AM) regarding the new amnesty scheme under consideration of the government. Two lawmakers – one each of PTI and MQM – and Minister for Law and Justice spoke on it for 14 minutes. As many as seven AMs were termed out of order and two each were dropped and withdrawn by their respective movers.

The House took up 13 Calling Attention Notices (CANs). These were about non-provision of nutrition and health services to children under five years of age;  low pressure of gas in various areas of district Qallat, Balochistan; dilapidated condition of Bacha Khan International Airport, Peshawar; increase in local and foreign loans; open sale of petroleum products without license; death of five infants in Khyber Agency after drinking polio drops; statement of Special Assistant to the Prime Minister on Foreign Affairs regarding Dr. Shakeel Afridi; out of turn allotment of plots by the Federal Government Employees Housing Foundation (FGEHF); issuance of special hunting permits to Qatri Prince for hunting Houbara Bustard; manufacturing of substandard LPG cylinders; renting out of an inn in Islamabad to NAB by CDA, high fee being charged by private educational institutions in Islamabad and granting of equivalence certificates to O and A level students by Inter Board Committee of Chairmen (IBCC).

Six motions under Rule 218 were also discussed which were related to lowering water table in the country; Indian violations on the Line of Control (LOC); making changes in the procedure laid down for CSS examination; resent status of Heavy Electrical Complex (HEC); increase in production and sale of low quality and non-duty paid cigarettes and high rate of unemployment in the country.

Four motions on controlling supply of unhygienic food by the Hotels in Islamabad, security situation in Islamabad, gap between demand and supply of electricity to Balochistan and services being provided by the government on Motorways and National Highways were dropped. Another motion regarding current political situation in the country was not taken up.

The House witnessed presentation of 24 reports of various committees of the House while seven motions were passed under Rule 194 (1) to extend presentation period of the reports on various interventions. The House adopted an amendment in Rule 182 of the Rules of Procedure and Conduct of Business in the Senate, 2012.

The House took up two motions under Rule 60 which were regarding the tests conducted by NTS for appointments against various posts in Utility Stores Corporation and a matter of public importance arising out of an answer to a Starred Question about names and addresses of the owner(s) of the service stations established at both sides of the River Indus on Islamabad-Peshawar Motorway.

A total of 116 out of 245 (47%) Starred Questions were taken up on the floor of the House, while Senators raised another 249 Supplementary Questions.

Chairman Senate took notice of wrong reply to a Starred Question related to Civil Aviation Authority (CAA) and forwarded the matter to the Senate Committee on Privileges for action against responsible officials. He also informed the Upper House about receiving a letter at his home in Karachi showing Rs.100 million deposit in his account at SME Bank. He clarified that he has no account in the SME bank and stated that a letter has been written to President SME Bank and Director General Federal Investigation Agency (FIA) to investigate the matter.

The ministerial response on various issues was also witnessed during the session as Minister for Petroleum and Natural Resources made a statement on the shortage of gas in snow affected areas of Balochistan; Minister of  State for Interior  and  Narcotics Control spoke about the incident of fighting between the students in Quaid-e-Azam University Islamabad while Minister for National Food Security and Research informed the House about the policy of government regarding withdrawal of subsidy on fertilizers.

Three instances of walkouts – one each in second, third and tenth sitting – were recorded for a total of 42 minutes. In the second sitting, the entire opposition walked out of the House for 32 minutes after terming the reply of Minister for Interior unsatisfactory on the disappearance of rights activists. The 3rd sitting witnessed walkout for five minutes against dilapidated condition of Bacha Khan International Airport, Peshawar while walkout in last siting was witnessed for five minutes against the Chair for not allowing a PPPP lawmaker to raise a Supplementary Question.