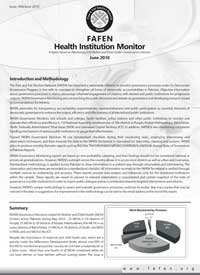 Despite the importance of maternal and child heath care, which are a priority under the Millennium Development Goals, almost one-fifth of the MCHs monitored around the country do not have a maternity kit or a labor room. More than one-fourth of all MCHs monitored either do not have latrines or have latrines without running water. The issue is most acute in Balochistan where more than one one-third of the monitored facilities do not have sanitation facilities for patients. Around one-fifth of MCHs monitored in Balochistan also do not have female staff to attend female patients, and the same is true in about 12 percent of MCHs in Sindh, six percent in Punjab, and four percent in Khyber Pakhtunkhwa.