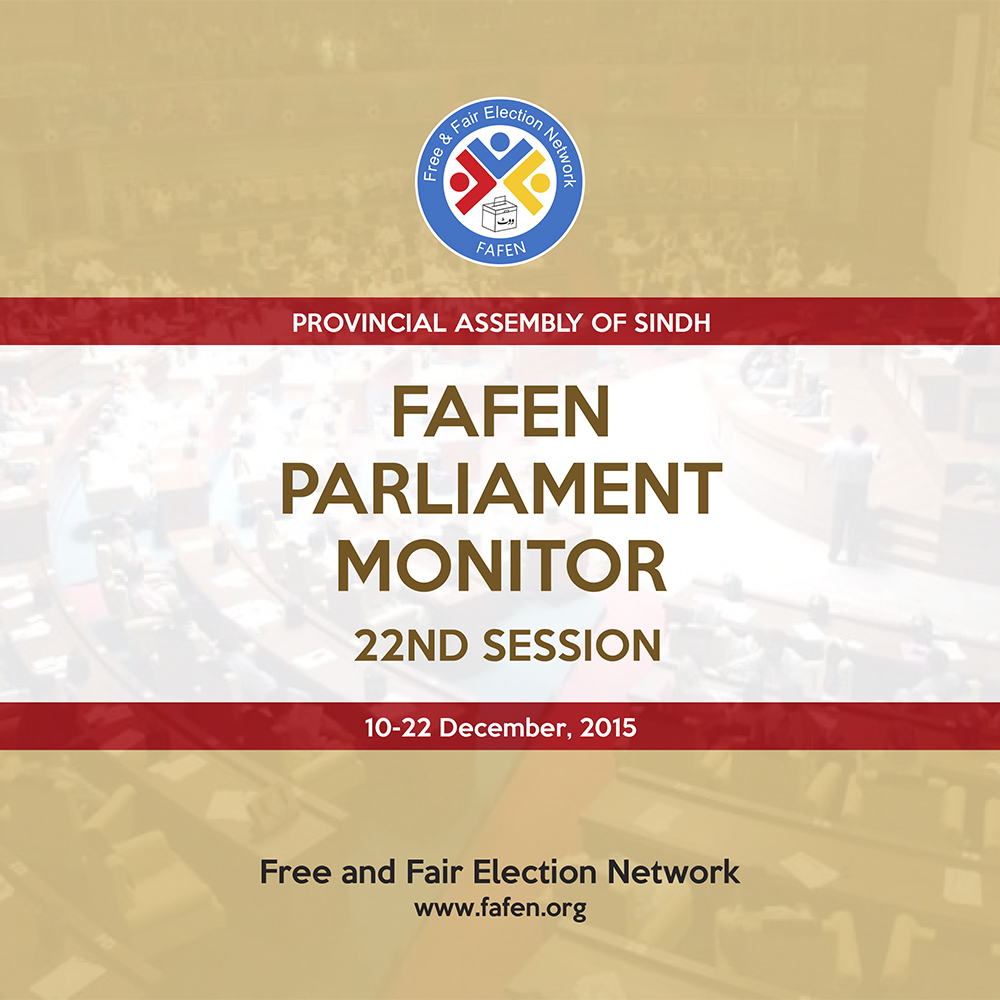 The adoption of a government resolution to decide the future of Rangers in Sindh province amidst howls of opposition parties remained highlighted subject in the House during 22nd session of the Provincial Assembly of Sindh.

The House adopted a government resolution regarding ratification to Article 147 of the Constitution of Pakistan that was intended to empower the paramilitary forces to counter terrorism and slickly operate the Karachi Operation to maintain law and order. The passage of this particular resolution without taking the opposition parties into confidence during the fifth sitting created chaos in the House.

The House remained echoed with chants and slogans by entire opposition parties largely against the PPPP led government for not taking up the resolution regarding Rangers’ powers issue despite being on the agenda of the House during first four sittings. Soon after the adoption of the resolution during the fifth sitting, the situation rested similar as opposition parties charged the provincial government on the content of adopted resolution that sought to curtail Rangers’ powers.

The 22nd session comprised of seven sittings starting from December 10 till December 22nd, 2015. Marked by low attendance of Members, each sitting started 86 minutes behind the schedule on average and lasted an hour and 43 minutes. The longest sitting ( 4th) on December 15 lasted two hours and 50 minutes and the shortest sittings (1st and 6th ) continued for f 40 minutes
each on December 10 and December 18.

Members raised 37 questions from different departments out of which 23 starred questions were taken up on the floor of the House and responded to by the relevant Ministers. As many as 14 starred questions that appeared on the agenda were left unaddressed by the House due to absence of government representatives or their movers. Members also asked 94 supplementary questions during different sittings of the session.

Parliamentary leader of PML-F was present in all seven sittings followed by parliamentary leaders of PML-N and PTI who remained present in six and five sittings respectively. Both the Chief Minister (Leader of the House) and his counterpart, the leader of the Opposition attended five sittings each and were present in the House for 40% and 49 % of the session’s time respectively. The quorum fell short twice during the fourth and sixth sittings however it was not pointed out by any member.

The House witnessed the introduction of a government bill – the Sindh Minimum Wages Bill, 2015 – and the Sindh Sales Tax on Services (Amendment) Ordinance, 2015. Three other private bills introduced in the session are the Sindh Prohibition of Corporal Punishment Bill, 2015, the Sindh Minorities Rights Commission Bill, 2015 and the Criminal Law (Protection of Minorities)
Bill, 2015. Nine other government and two private members’ bills appearing on the list of the business were not taken up by the House.

The lawmakers raised 15 Calling Attention Notices (CANs) during the session of which six were taken up and responded to by the relevant Ministers on floor of the House and the remaining nine CANs were left unaddressed by the House.

Two members belonging to MQM raised two privilege motions during the fourth and seventh sittings of which one was admitted for debate and referred to the Standing Committee on Rules of Procedure and Privileges while the other motion was rejected by the House.

A male lawmaker belonging to PML-F submitted three Adjournment Motions (AMs) of which one was rejected by the House; the other was not taken up while the third one was withdrawn by the mover himself. The rejected AM was about the broken roads in district Sanghar while the AM not taken up by the House was about the involvement of police officials in crime cases. Another AM jointly moved by PTI lawmakers was not taken up by the House which was regarding the excessive tuition fee being charged by private schools in the province.

Lawmakers belonging to MQM submitted 10 amendments in the Rules of which none was taken up by the House. Eleven reports appearing on the list of agenda had to be laid before the House which included five government reports and six reports of various
Standing Committees. One report each of government and Standing Committee on Rules of Procedure and Privileges was presented while presentation period of five reports was extended. The remaining four reports were not taken up by the House.