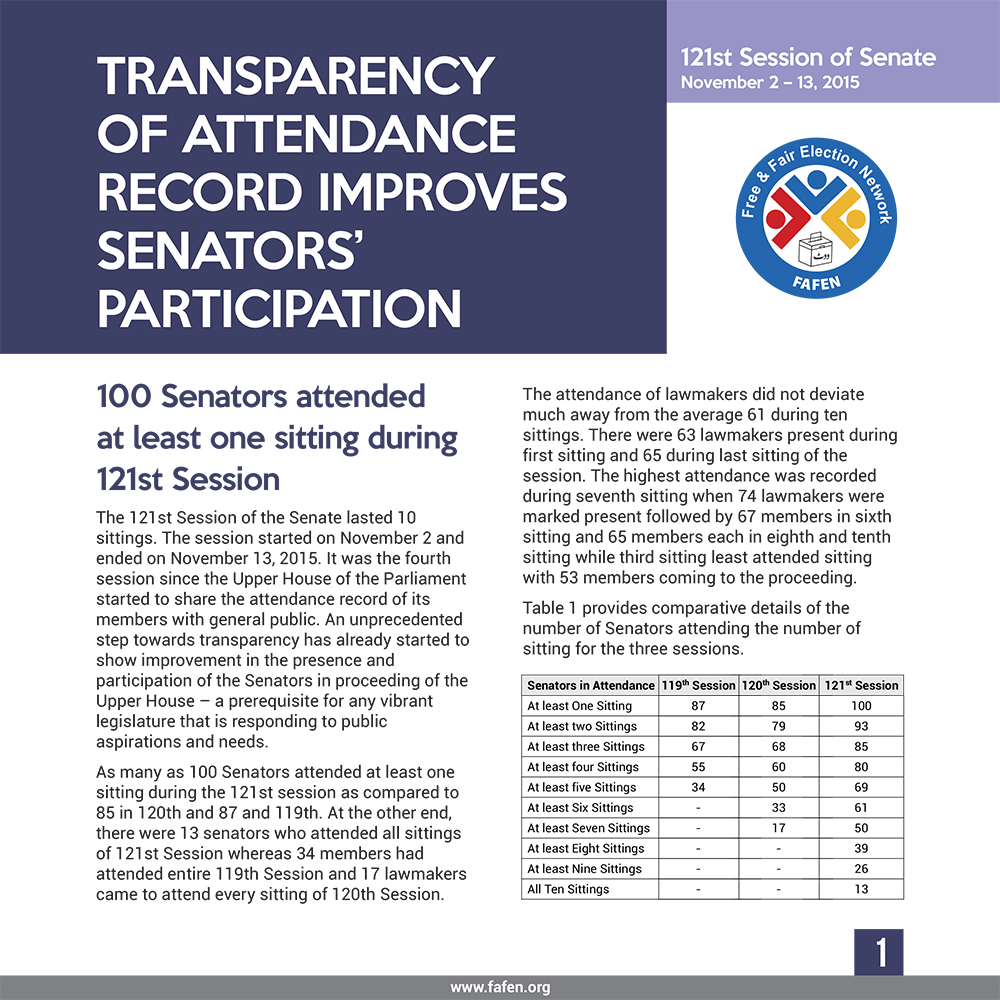 100 Senators attended at least one sitting during 121st Session

The 121st Session of the Senate lasted 10 sittings. The session started on November 2 and ended on November 13, 2015. It was the fourth session since the Upper House of the Parliament started to share the attendance record of its members with general public. An unprecedented step towards transparency has already started to show improvement in the presence and participation of the Senators in proceeding of the Upper House – a prerequisite for any vibrant legislature that is responding to public aspirations and needs.

As many as 100 Senators attended at least one sitting during the 121st session as compared to 85 in 120th and 87 and 119th. At the other end, there were 13 senators who attended all sittings of 121st Session whereas 34 members had attended entire 119th Session and 17 lawmakers came to attend every sitting of 120th Session.

The attendance of lawmakers did not deviate much away from the average 61 during ten sittings. There were 63 lawmakers present during first sitting and 65 during last sitting of the session. The highest attendance was recorded during seventh sitting when 74 lawmakers were marked present followed by 67 members in sixth sitting and 65 members each in eighth and tenth sitting while third sitting least attended sitting with 53 members coming to the proceeding.