Senate: 65% Lawmakers Not Contributed to Debate on Money Bill 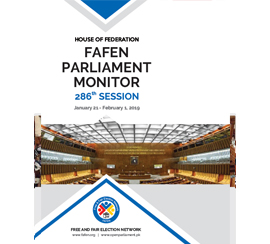 ISLAMABAD, February 3, 2019: The Senate addressed 83 percent of its agenda during 286th session held between January 21 and February 1, 2019. However, the participation of lawmakers remained low in debate on the Finance Supplementary (Second Amendment) Bill, 2019 as only 36 out of 103 (35%) sitting lawmakers contributed in the discussion.

The Minister of State for Revenue laid a copy of the Finance Supplementary (Second Amendment) Bill, 2019 in the House inviting Senators’ recommendations on the bill. The House witnessed low interest of lawmakers in debate on the bill as 67 (65% of the current membership – 103) did not contribute to the debate. Among them, nine were female legislators while 58 were male lawmakers.

Four non-participating female lawmakers were from PPPP, while two each were from PML-N and MQM whereas one female Independent lawmaker also did not contribute to the debate on the bill. Similarly, of the 58 male members not taking part in the budget debate, 25 were Independent, nine from PML-N, eight from PPPP, seven from PTI, two each from MQM, JUI-F and NP and one each from BAP, BNP-M and PML-F.

Of the 36 members who took part in the debate, 25 were male and 11 were female. The female lawmakers, however, were found to be more active as compared to their male counterparts, as 55% (11 out of 20) of them expressed their views on the budgetary proposals while only 30% (25 out of 83) of the males contributed to the general discussion.

The female lawmakers consumed an hour and 32 minutes while their male counterparts took four hours and 47 minutes to deliberate over the budget. Out of 11 participating female MPs, three each were from PTI and PML-N, followed by two from PPPP, one each from ANP, PkMAP and an Independent lawmaker.  Likewise, six male lawmakers of PPPP, four of PTI, three each of PML-N and NP, two each of JI, JUI-F and Independent and one each from BAP, MQM and PkMAP participated in the budget debate.