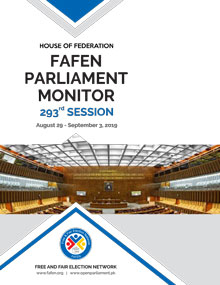 ISLAMABAD, September 4, 2019: The Senate addressed 85 percent of its scheduled business during its 293rd session that continued between August 29, 2019, and September 3, 2019, observes Free and Fair Election Network in its session report.