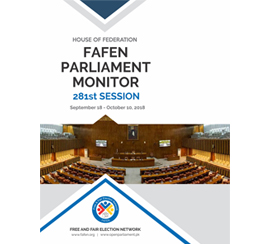 ISLAMABAD, October 10, 2018: The Upper House of Parliament addressed almost three quarters of its scheduled business during its 282ndsession and consumed almost 20 percent of the proceedings in debating the supplementary budget for the year 2018-19.

The agenda for 11-sitting session, held between September 18 to October 10, 2018, comprised of 83 interventions, of which 61 (73%) were addressed during the proceedings, 21 (25%) left unaddressed and one dropped due to absence of the relevant lawmaker.

The House debated the Finance Supplementary (Amendment) Bill, 2018 for six hours and 39 minutes (21% of the proceedings). As many as 40 lawmakers participated in the discussion.

The Leader of Opposition and the Federal Minister for Finance, Revenue and Economic Affairs concluded the discussion on the supplementary budget. Their speeches consumed 19 minutes of the proceedings. The House forwarded 27 recommendations to the National Assembly on this bill.

The cumulative duration of the proceedings was 32 hours and 29 minutes including the period of an hour and six minutes (three percent of the duration) that was consumed in prayer breaks or suspension of the proceedings. On an average, each sitting commenced with an average delay of only one minute and lasted for two hours and 57 minutes with 13% lawmakers present at the start and 17% at the end. According to official attendance records, an average 65 (63%) members including two minority lawmakers were present during each sitting.