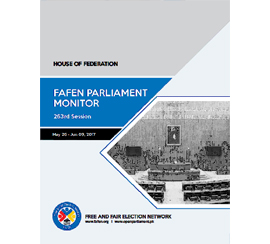 ISLAMABAD: The Senators made 99 percent more recommendations for the consideration of the National Assembly this year, as compared to the preceding year, while their participation in the budget debate witnessed a decline of 12 percent, an analysis of the Senate’s proceedings revealed.

Senate forwarded 139 recommendations to the National Assembly on the Finance Bill 2016 last year which were increased up to 276 recommendations this year. Fifty-two male members expressed their views on the Money Bill last year while this number decreased to 46 this year. On the other hand, 12 female lawmakers participated in the budget debate during both the years.

Overall attendance of the members witnessed four percent decrease during the budget session this year, as 74 lawmakers took part in the discussion as compared to 77 Senators last year.

The Budget Debate lasted 11 hours and 20 minutes, and consumed 37% of the session’s time. Those who expressed their views on the Finance Bill 2017, included 17 members from PML-N, followed by PPPP (14), PTI (5), Independent (4), PML, ANP & PkMAP (3 each), MQM & JUI-F (2 each) and one member each from JI, PML-F, NP and BNP-M. In addition, the Minister for Finance expressed his views and concluded the debate in 66 minutes during the 10th sitting.

Each sitting, on average, started six minutes behind the schedule and lasted two hours and 45 minutes. The Prime Minister did not attend any of the sittings.

Senate Chairman attended nine sittings and presided over 75% of the session’s time, while he could not attend the last two sittings as he had assumed the charge of the Acting President. The Deputy Chairman, on the other hand, attended only one sitting and could not its proceedings. A Member of the Panel of Presiding Officers, however, presided over 19% of the session’s time while 6% of the proceedings’ time was consumed in breaks.

In addition, the House discussed two Adjournment Motions (AMs). The first AM was regarding the firing incident at Chamman border where the census team was fired upon by the Afghan Security Forces despite operating inside the residential areas of Pakistan. The motion was discussed by 11 Senators for 81 minutes. Another motion regarding the disappearance of a retired military officer on a visit to Nepal was discussed for 46 minutes by eight lawmakers.

Of the 18 other AMs appearing on the Orders of the Day, 12 were termed out of order for being in contravention with the rules, two were admitted for discussion, two were withdrawn, and one AM each was referred to the relevant committee and dropped due to the absence of the mover, respectively.

Four instances of walkouts were also witnessed during the session. The entire opposition walked out of the House for 80 minutes during the first sitting over the incident of police baton-charge on the farmers protesting for their rights in Islamabad. An ANP lawmaker also walked out of the House for nine minutes against the remarks of a FATA lawmaker against his party leadership and his reservations over some recommendations made by Senators during the 10th sitting.

During the same sitting, FATA lawmakers also staged protest by walking out of the House for 13 minutes against some recommendations related to their tribal region and demanded their immediate withdrawal. Later, their reservations were addressed and the House withdrew three recommendations. A female lawmaker of the PPPP walked out of the House during the 10th sitting for ignoring her agenda on the Orders of the Day and not getting permission to speak.

The Senate also adopted two resolutions to express sorrow and grief over the sad demise of a Member of the National Assembly and former Senator Abdul Rahim Khan Mandokhel and condemned the terrorist incidents on the Iranian Parliament and the mausoleum of Imam Khomeini in Iran.

The House took up nine Calling Attention Notices (CANs) regarding the mal-functioning of water pumps and the shortage of water in Islamabad; statements of Saudi authorities on Islamic Military Alliance;  killing of 15 Indian personnel in the massive ordnance air attack by the US military in the Nangarhar province of Afghanistan; non-functioning of Passport Office in Harnai, District Musakhel;  imposition of ban on foreign tourists to visit Gilgit Baltistan without getting no objection certificate from the Ministry of Interior; alleged embezzlement of Rs. 134 billion by national and international gas companies; rustication of students by the administration of Quaid-e-Azam University, Islamabad; activities of 41 banned outfits operating openly on the Facebook and the report of World Health Organization (WHO) regarding air pollution in Pakistan. While, one CAN each was deferred, referred to the relevant committee and kept pending during the entire session.

The House witnessed presentation of 19 reports of the standing committees and granted extension in time period for submission of eight other reports under Rule 194 (1). It also adopted a report of the Special Committee on payments made to clear the circular debt of the power sector amounting to Rs. 480 billion during the year 2013.

A report of the committee on a point of public importance regarding amnesty scheme for motor vehicles was deferred due to some typographical error, while a Privilege Motion of an ANP lawmaker against a police official was referred to the Committee on Rules of Procedure and Privileges.

The House witnessed the ministerial response on five matters of public importance, which were related to the electricity load-shedding in various parts of the country, non-payment of salaries to technicians of the Federal Government Services Hospital Islamabad and the continuous absence of the Director General, Geological Survey of Pakistan from the Quetta office.

The Chairman gave the ruling on the resignation of Senator Nehal Hashmi. He accepted the withdrawal of Hashmi’s resignation and directed the Senate Secretariat to inform the concerned about it.